Our brief was to support Sage in attracting .Net or Ruby Developers. The roles however were to be based in Barcelona, so our focus was on attracting IT professionals with specific skills who were willing to relocate.

When we considered the target audience, we knew that there would be a percentage of candidates actively looking for roles and location would not be a barrier, but there would also be skilled people who hadn’t considered re-locating, so much of our thinking was centred around engaging these people and planting a seed in their head about how Barcelona as a location, could enrich their lives as much as the exciting new role on offer.

Insight told us that there were a high number of IT people with the relevant skill set in Romania and Poland, but interestingly the Sage brand was not as well known as it is in other Countries.

Our solution was to promote Barcelona as the fantastic City it is, alongside Sage as one the world’s leading brands an employer’s to a very niche audience. We almost positioned ourselves as Estate agents, writing content and producing short pieces of video which answered legal concerns regarding a move, relocation packages, the best areas in the City to live with a family, or as a singleton and 'What to do at the weekend In Barcelona'...we sold the City and positioned the brand and the roles alongside it.

We segmented the audience, and produced tailored messages to connect and engage with each audience. The hub of this campaign lived on Linked IN live and was where we directed our multi media attraction campaign too. 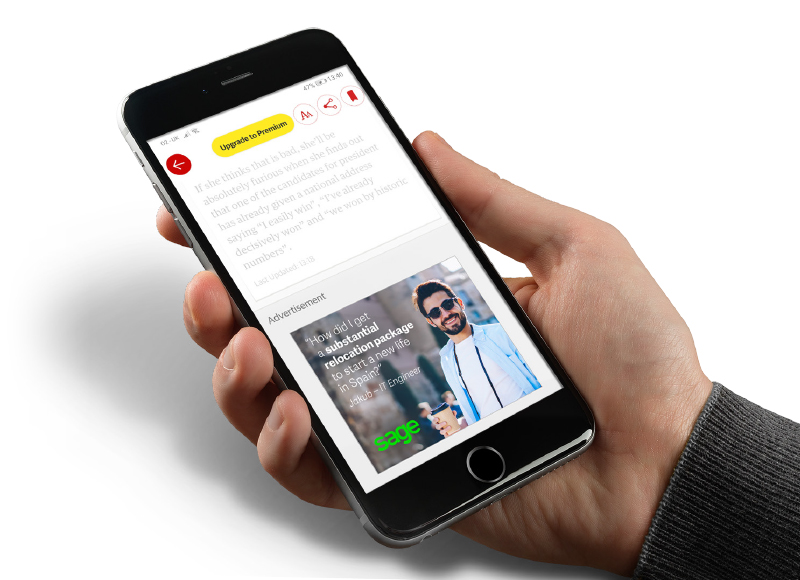 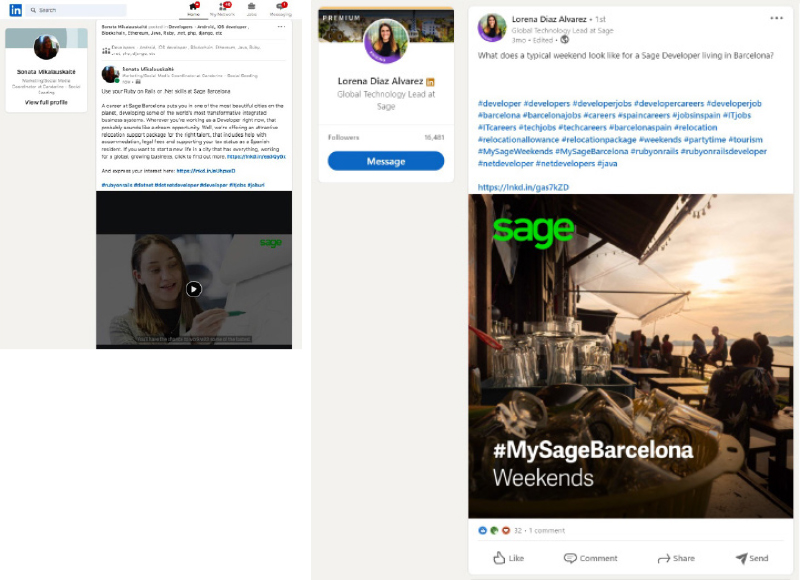 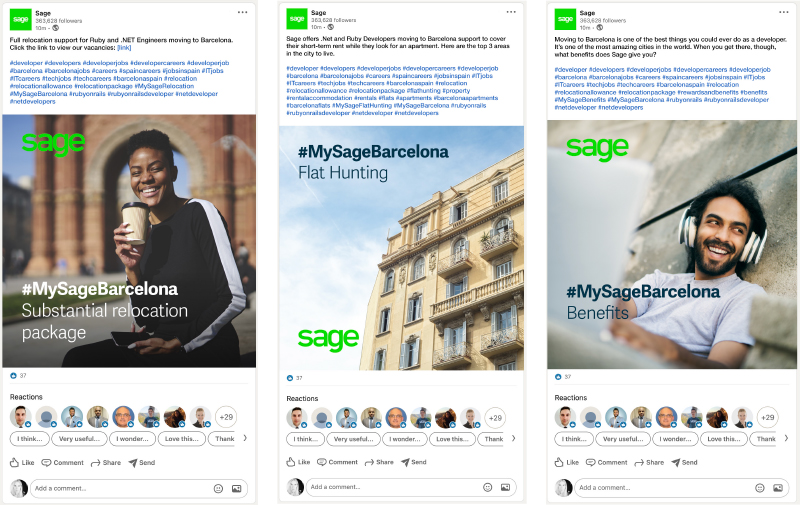