We were approached by Sage to create a campaign that would align with their corporate brand while engaging potential candidates in Newcastle, Dublin, Manchester, Reading and London. They wanted regionally specific messaging that would help support the personal home-grown feel that Sage had been cultivating to weight against the corporate global business world that they were increasingly moving into.

The desire to be simultaneously local and global made the brief potentially difficult but, after asking ourselves a number of questions regarding the wants of client and audience, we came up with a series of headlines that met the brief with a simple and effective solution. In Manchester we would say, ‘Buzzin’ for all the mint jobs’. In Dublin, ’New job? Happy Out!’.

The regional tone would inculcate a local feel, while the ‘Think Global. Work Local’ strapline would establish the idea that Sage jobs presented an opportunity to work on the world stage.The media we chose also contributed to this, with targeted ads helping to develop the local feel of the campaign at a strategic level. Mobile marketing tech allowed us to serve ads to target demographics passing through certain locations near to competing tech companies. This highly specialised approach was also employed with job boards, social media and with Google display ads amongst other platforms

Adverts were seen nearly 10 million times and delivered c.47,000 clicks through to the Sage ATS, resulting in 2,420 completed applications. The campaign was very successful and generated some impressive numbers across all platforms and locations:

•  Dublin ads delivered over 6,700 clicks through to the ATS, with Sales Executive as the best performing job title.

•  Manchester delivered the most clicks, with Senior Software Engineers and Principal Engineers the most popular roles.

•  The best performing media, in terms of clicks, for CS & Sales were Facebook and Google Display Network with 8,583 and 6,367 clicks respectively. However,CV-Library was the best performer for completed applications.

•  The best performing medium in terms of clicks was Google Display with 12,541 clicks for Product roles, followed by Snapshot Mobile Display with 4,000 clicks. 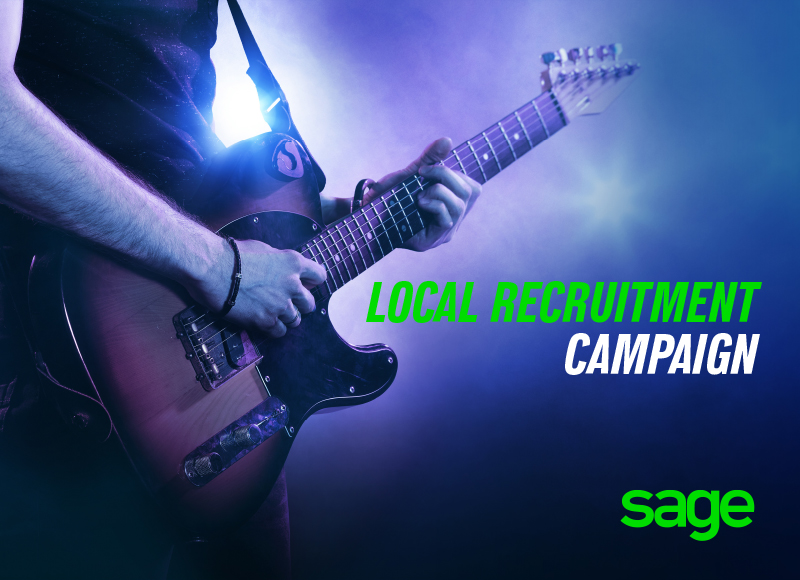 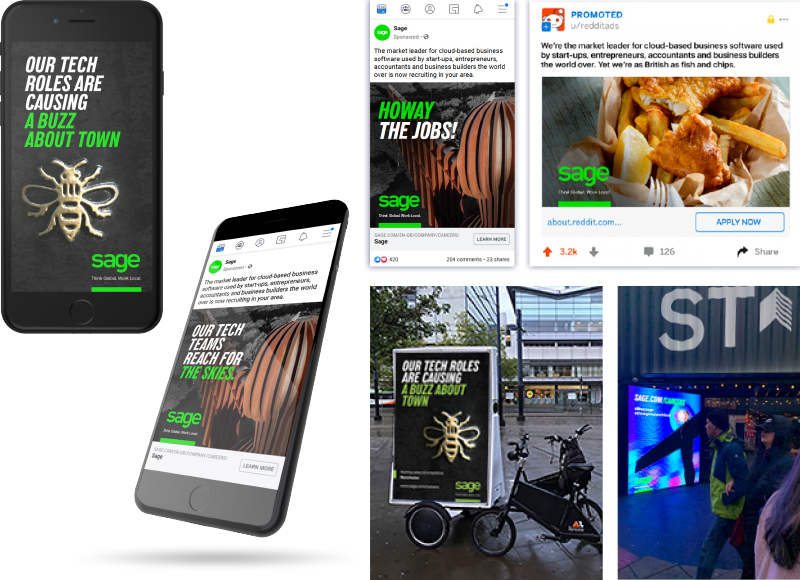 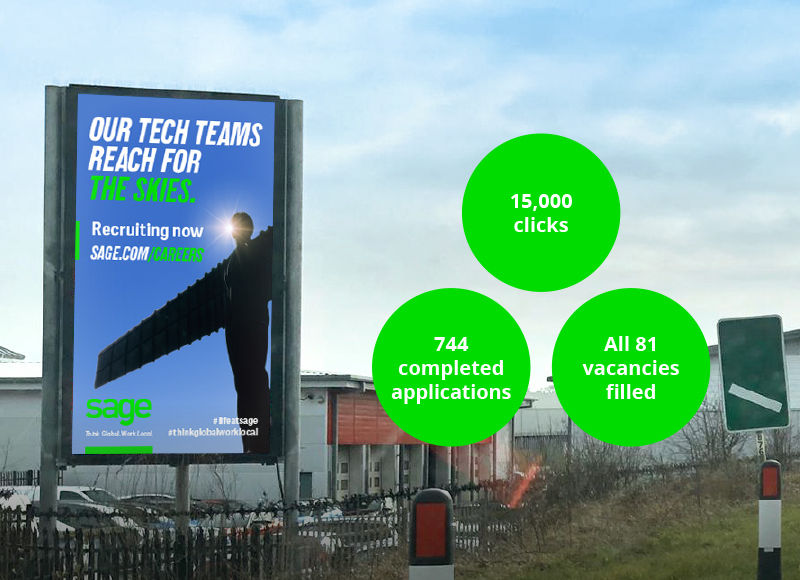