To help them recruit a team of c.27 IT professionals,across 16 job titles, from senior management to support roles within two months. And with just a £15k budget to play with including creative! Luckily,we love a challenge...

They were setting up a brand new team within Digital Engineering in Somerset (HQ) where there are few companies to poach from. Clarks also had a reputation within the sector for using tech that was behind the times. Added to this, they wanted sociable ‘geeks’ – people who loved collaborating with other departments – but who express themselves confidently and could put tech talk into simple terms.

We compared salaries with the average for the South West and although Clarks were offering a higher or on-par salary for some roles, over half were below the average, so this was another challenge.

Due to budget constraints we were also restricted to using imagery that Clarks already held and were only given a few photos to choose from.

With a lot of focus on people relocating from the South East – the media strategy used a combination of niche IT/tech media including job postings and a post on Dice’s tech blog, plus a company insight article. This ran alongside hyper local mobile display banners, targeted to people with relevant apps on the phones and who were browsing tech content,overlaid with data from their smartphone’s inbuilt geo-location. So we could triangulate the signal and/or (and in most cases) GPS location, enabling us to ring-fence particular competitors or areas where tech companies were to deliver our message.

Behaviourally targeted banners on The Guardian were deployed, as well as their ‘Break into Technology’ supplement and a range of highly targeted social media. All this was supported by a Google PPC campaign and Clarks advertising on the big screens at digital events they were attending.

In order to sift people, candidates were asked to complete a psychometric test which was delivered via a series of games they could play on their mobile or desktop. The thousands of data points in the games assessed them against a range of desired behaviours, helping Clarks to shortlist for interview.

·        The vast majority of the roles were filled via direct hires 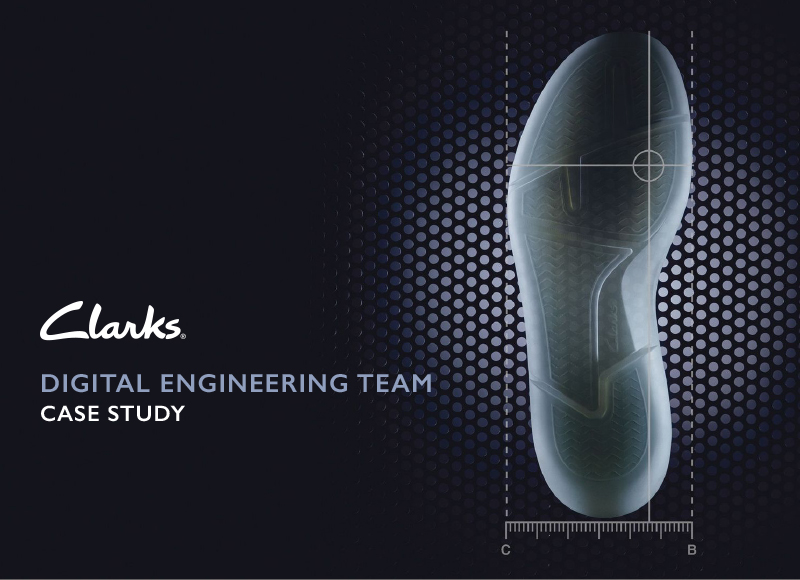 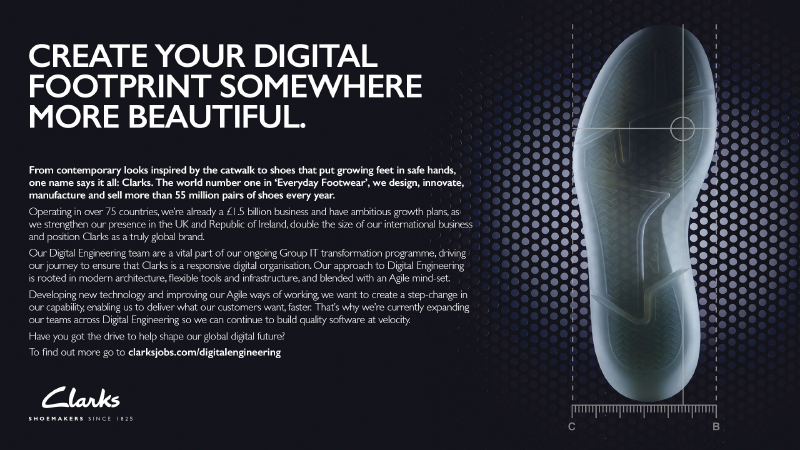 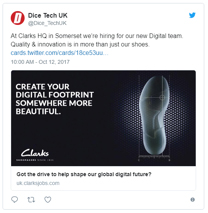